4 Ways Outside Contaminants Enter Your System 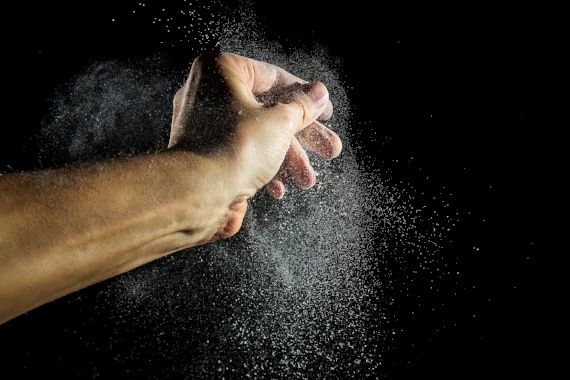 As an equipment owner or manager, the last thing that you want to find in your system is contamination. After all, that means downtime, which ultimately costs you time and money. Contamination always somehow sneaks its way into our systems, which may leave you asking, how does it get in there and what are we supposed to do about it?

One way contamination gets into your system is through air movement in and out of the reservoir. The oil level in a reservoir is affected by thermal expansion/contraction of the lubricant, or due to the use of cylinders in the system. As the oil level rises and falls in the reservoir, air either fills that void or is pushed out to make room for incoming oil.

Because air is one of the top four sources of contamination, a high-efficiency air breather should be used at a minimum, or desiccant breather coupled with a headspace dryer if conditions allow, to greatly minimize airborne ingression.

Seals are another source of contamination, whether they’re cylinder/pump or shaft seals. When dirt makes its way into a seal, it lessens the effectiveness of the seal, allowing for even more dirt to enter.

With cylinder/pump seals, if you look at your rod as it's extended out from the barrel, it probably looks normal to the naked eye. But if you look at it microscopically, it will have dimples in it (imagine divots on a golf ball). As the rod is extended out from the barrel, it's going to get dirt in those little grooves. Then -- you guessed it -- as it goes back into your system, the dirt mixes with the oil. That's why cylinder/pump seals cause ingression.

Shaft seals begin leaking due to damage from solid particle contamination. This leaking will eventually result in oil refill requirements, plus the seals continue to sustain damage, worsening the situation.

Once contaminants get inside your seals, they start a non-stop cycle of damage. We often say in training that dirt makes dirt. This is because once dirt enters through your seals, it causes damage to hard and soft internal surfaces, resulting in even faster contamination buildup. Think of the way that an exfoliant scrub will remove more skin cells from your hands than just rinsing them with water. Because the exfoliant is gritty, it results in the removal of more skin.

This is why it's essential to maintain a clean system and avoid getting dirt in your seals in the first place. To resolve this issue and break the cycle, use high-efficiency filter elements to maintain a low operating ISO Code to promote longer seal life.

3. Topping Off Your Oil

Just like cars eventually run out of gas, you similarly will run out of oil (or fluid) in your reservoir if there is a leak. These leaks, along with system maintenance or normal operating processes, resulting in oil loss from the system. Periodically, oil will need to be added to the system.

Here's where the problem arises -- when you go to top off your fluid, that oil is going to be a major source of contamination if it's unfiltered. Even if the fluid that you get is new, it's usually not clean. (Don't be fooled!)

Always remember: New oil is new, not clean. Pre-filter any oil to be added to a system, then confirm added oil contamination levels are below system operating contamination levels, per ISO 4406:1999. Once confirmed, add oil to the system through a high-efficiency filter element during transfer.

When you have surgery, doctors are careful to open you up in a controlled environment that is sterilized so as to avoid any infection getting in. Similarly, when you have to open up your system for routine maintenance, you're potentially introducing a large amount of contamination.

Routine maintenance is inevitable. Opening the system for any reason is a major source of outside ingression because oil holds onto the contamination. Remove all debris and thoroughly clean the part of the system to be opened. If an air handling unit is used, consider shutting down the air handling unit during the maintenance evolution, if practical, or shield the area at a minimum to further minimize the chance of airborne contamination entering the system.

Do you need help with the contamination in your system or have questions about how to prevent it? Give us a shout here at Hy-Pro. We love helping with this stuff!