Why You Need to Care About Micro-Dieseling 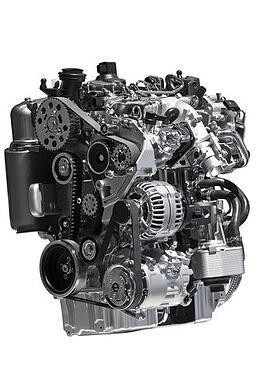 Most people are familiar with diesel engines and how they work, which includes a rapid compression of air. When you inject a fuel source, it creates an explosion. Did you know that micro-dieseling is similar? A front-end loader that runs a diesel engine is a macro-level (or big picture) of what it does on the micro (or smaller) level in a hydraulic pump.

In layman's terms, micro-dieseling is pressure-induced thermal degradation. An air bubble will transition from a low-pressure area to a high-pressure area as it passes through the pump. The rapid compression of these air bubbles around a fuel source, hydraulic oil, generates an enormous amount of heat and causes thermal breakdown of the oil surrounding the air bubble.

As oil enters the suction side of the pump, it is subjected to the lowest pressure in the system. Dissolved air is released from the oil. As the oil travels through the pump, the pressure increases rapidly, which causes rapid air bubble compression. This process of rapid air compression in the presence of a fuel source basically describes how a diesel engine operates. This phenomenon without the thermal event is also called cavitation. You may not hear micro-dieseling occur, unlike most severe cases of cavitation. It may be subtle, but if your hydraulic oil is darkening during use, there is a thermal event occurring and there is a good chance it is micro-dieseling.

Why should I care?

Well, damage to components and oil thermal breakdown are two reasons to be concerned. When an air-ignitable mixture is present inside the bubble, ignition is almost inevitable at these incredible temperatures. (Remember how we talked about the diesel engine effect? This is how it connects.)

This is the process known as micro-dieseling. It will lead to the oxidative degradation of the oil, higher operating temperatures, pressure spikes and the cavitational erosion of the hydraulic pump and other components.

These temperatures are high enough to carbonize oil at the bubble interface, resulting in oxidation byproducts including carbon which is the precursor for varnish and sludge build-up. It's a thermal event that's igniting, so you're burning part of the oil. When you burn oil, carbon is produced as a byproduct, which will turn your oil a darker color. (Stay tuned for more on that in an upcoming blog!)

What can I do to control it?

First, you must determine if air entrainment from outside the system is causing this buildup.  for example, there is a leak on the suction line leading to a pump, air is being drawn in. This is the first place to look and investigate. Next, look for relief valves possibly lifting during normal operation in the system. This sudden change in pressure, similar to a water hose nozzle, will cause the dissolved air to be released and mixed with the oil, also called aeration.

Another area to look is returning oil flow through the filter housing. If using a tank top filter assembly, make sure the standpipe or diffuser is long enough to ensure oil is returned below the reservoir oil level, even at the lowest level during operation. If not, oil will be aerated. Improper pump location can also cause oil aeration due to the severe suction conditions. Keep this in mind. If your oil darkens, there is a thermal event occurring in your system. It could be a result of micro-dieseling.

If you have questions about micro-dieseling, give us a shout. We love talking about this stuff!