Why You Need Proper Filtration in Front of Your Control Valves 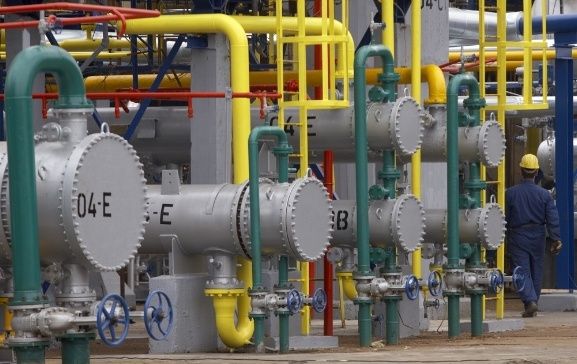 Most people have at least heard the term control valve, even if they don't know exactly what it does. For those of you caring for hydraulic systems, you likely work intimately with these parts. Did you know that if you're not using proper filtration in front of said control valves that you're likely doing your operation a disservice? (It's true.)

To help prove our point, we're going to go over precisely what control valves are and how they work then analyze why you should have proper filtration in front of yours.

What is a control valve and how does it work?

A control valve is used to manipulate (or control, hence the name) conditions such as flow, pressure temperature and liquid level. They do this by fully or partially opening or closing in response to signals from controllers that compare a "setpoint" to a "process variable" whose value is provided by sensors that monitor changes. They usually open and close automatically by positioners which do so based on signals. A control valve is comprised of three main parts: the valve's actuator, positioner body.

So why do I need filtration?

Proper filtration keeps control valves from becoming faulty and failing. Dirt can cause pieces of the valve to break off or become lodged in the valve. When this occurs, it affects the efficiency of the valve since it's often unable to open and close properly, which is precisely what it's designed to do. It's imperative that you keep your fluid clean so that it doesn't harm your control valve. If/when that happens, it's costing you greatly: from the downtime of your machinery to getting the pieces fixed after they break.

You need filtration in front of your control valve because hard (and soft) particles find their way into your oil. Water and gels are considered a contaminant since it effects viscosity, but in this case, we're referring to stuff that can be physically filtered out of your oil. If you're not filtering out these contaminants, you're putting your entire operation at risk.

Even the smallest of particles (ones that you can't see with the naked eye) can cause major damage to your control valves. One strand of hair is approximately .001 inches. Particles that are contaminating your oil (asbestos, rust, sediment dirt, among others) are as small as .2 microns (which is 1/300th the diameter of a human hair). That's incredibly tiny! Because some control valve and pump clearances are 1-3 microns, even the tiniest of particles can make a big difference.

In this instance, size doesn't really matter (contrary to our world that insists "Bigger is better!"). Because even though these microns of contamination are small, they can be deadly to your operation.

If you want to help protect and preserve your system, we highly recommend installing proper filtration in front of your control valves. Have questions about what type of filtration would work best for you? Call us, we love helping with this kind of stuff!